Liz Cheney couldn’t hold onto to her Senate seat in the state of Wyoming.  Her voters voted resoundingly for her Trump-backed opponent which is a clear signal of just how far the Republican party has fallen.  We are living in an era where right is wrong and wrong, unfortunately, is right.  Our democracy is hanging on by a thread; but here are some facts that may or may not open your eyes to our current circumstance:

We must understand that until the Republican party is no longer under the thumb of Donald Trump, people will continue to jump on the Trump train and act as if violence, lying, deceit, deflecting, and accusing without merit as being the norm.

These people will continue to use our democratic norms against us, with election deniers running for and in some circumstances claiming the seats of some of the members in the Senate.

As Americans, we are tired of the backbiting, ignorant and hurtful rhetoric, violence, lying, cheating and in short, any behaviors that would be anti-democratic. 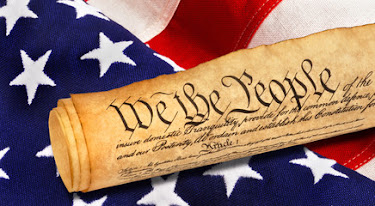 We must think in terms of what is best for us as citizens of this country and not listen to what others are saying is best for us.  We want the restoration of democratic norms.  We want the name-calling, hate-filled rhetoric to stop.  Mostly, we want the original source of these decrepit behaviors to go away.

Donald Trump has no interest in governing.  He has no interest in the democratic norms that our forefathers put in place some 245 years ago.  He does not respect our constitutions.  Instead, he wants to ascend to be the occupier of the oval office because he likes the power that the office lends.  He likes it when people address him as, Mr. President. But mostly, he believes that the adoration that he receives from the 1/3 of the country is not, in fact, the entire country.

Most of us believe in the goodness of man…that we are our brother’s keeper.

We are a nation with a sketchy past.  Our nation has been embroiled in civil unrest and has lived under the umbrella of the illusion of peace and prosperity for all.  We know that the rules under the constitution was meant for all, but it didn’t apply to all.  Our laws have always blanketed one group of people at the expense of another.

But our country is changing.  We acknowledge that we are a nation of immigrants and not of “white people.”  We have enough resources for everyone to live, love and prosper.

Wrong has always been wrong no matter how many times you spin it.  If your choice is to raise up wrong, and resort to violence the minute that an election doesn’t go your way, then this isn’t democracy.

If you must lie, cheat, steal and deflect in order to get what you want out of our elections, then you are not part of the democratic norms nor are you part of the solution.

We can beat this.

We can get past this…but it’s going to take an extreme effort on our part.  We must show the world that we are appealing to our better angels to restore our nation to the democratic processes that enabled us to survive and prosper.

We must send a strong message to congress that we don’t like, nor do we want our president to be someone that resorts to the mindset of a schoolyard bully.

Note:  The ex-president does not have the right to any of the boxes that he initially stated that he didn’t possess.