How do we fix us?

It’s Sunday Morning and I am sitting in bed with a pillow propped up against my back with my computer on my lap writing.  It’s a wonderful feeling considering I haven’t had the urge to write for months.  For some reason, today, I felt the need to write about a question that has been turning in my mind; revolving like a very slow moving carousel. I’ve been wondering if it is at all possible to fix us as both a race of people as well as a society.

I’m not sure because even though the question in and of itself is simple enough, the answer is so complex and there are so many moving components to the resolution that you have to wonder if we could ever begin such a mass undertaking as a healing of the self – which is not to be confused with self preservation.

Healing of the self begins with the acknowledgement that something is wrong…that perhaps something is out of place or not working the way it should.  Most of us are very slow to admit that there may be something now quite right with ourselves because many of us have external sources that will do that for us, whether justified or unjustified.  We have no desire to add to the demolition of our own self esteem by coming clean with our own defects of character.  It's easier for us to look at others and perhaps condemn them the same way that we have been condemned.  And in the course of that condemnation, we build ourselves up because we don’t have to blame ourselves for our own misgivings.  Instead, we can look at our neighbor and tell others what they are doing wrong, whether it is how they are living their lives, raising their children or claiming their self-worth, regardless of the facts being founded in truth or embellishment.

When we do this, we open the door to all of the things that we claim to despise but revel in nonetheless.  We don’t love as we should, protect as we should or give as we should…but we want to be protected, given to and loved.

We act as if we as individuals are the only ones that are entitled to the gifts that this world has to offer; oftentimes forgetting that what we have is simply on loan to us…that there is no way that we can take it with us when we die.  We have become a materialistic people, reveling in all of the accomplishments that we have made as members of the human race while forgetting that some us do not and perhaps never will have as much as we have right now at this very moment.

We struggle, but in that struggle we have forgotten how to love, cherish, honor, obey and yes, become immersed in the act of servitude because part of the joy of being human is to lift up others if at all possible.  But since no one is doing this for us as individuals, how can we possibly do that for someone else?

Our priorities have shifted from others, to us, to only me and we have adopted the attitude that ‘I will survive at any cost’, even if it means stepping on someone in the interim.  For many of us, this is life.  Take it or leave it, like it or love it, this is who we have become.

Giving has taken a back seat to taking and taking has become commonplace.  If we aren’t taking for ourselves we are taking for our families, and it is in this that we claim that we love them.  So how do we fix us?  How do we fix the broken, battered and betrayed?

How do we move past hurts that have been inflicted on us to the point that the hurt becomes a part of who and what we are; and in that comes the possibility that we may inadvertently pass on that hurt to someone else.   Can we begin to heal the damage that has been done to us or are we doomed to repeat the mistakes that the generations before us have made?

In a heartfelt conversation that I had with my father, he had told me that no one in his family had ever told him that they loved him.  He only knew strict discipline and was subject to many a behind whipping.  As a result, he grew up to be a man who continually placed himself first because he had never known what it was like to have that done for him.  I often wonder what he would have been like had he just been shown love in its basic form.  At what point do we say that we will no longer carry the sins of our fathers (and mothers?)  At what point will we say that I want to love and protect my children better than my parents protected me?  At what point will we begin to give so that we can open the door to receive?  Is it possible for us to learn that the healing first begins with the smallest of steps, but in order to take that step, you have to look in the mirror and embrace what is not so perfect instead of hiding behind the illusion that we are, and then start from there because that is where it all begins?

As previously stated, we can begin to fix us, but the fixing only starts with us as an individual.  Our society has to be adjusted to accept and embrace the differences that have made us unique and wondrous.  Fixing the broken is so much more than internal correction.  It entails each and every person of every race, creed and national origin to let go of what they thought was right and implement what they know to be right.

This isn’t easy because for some of us, it entails undoing much of what we had been taught.  But right is after all right, and wrong is wrong.  How do we fix us?

It starts with taking a first step…putting one foot in front of the other.  Sadly, many people are comfortable right where they are.

And that is a major part of the problem. 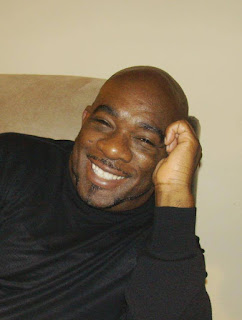