The Dangers of doing business with Friends!

I was going through some documents on my laptop when I came across a price listing for an editor that I had used a few years ago.  I looked at it carefully and with some reservation, moved it to the trashbin.  The anger that I felt in the pit of my stomach was dull...perhaps even distant.

That price listing was something that I kept because I wanted to be reminded that people will do almost anything to separate you from your money.  They will sacrifice your friendship if indeed there was ever a true friendship in place.

Money and friendships are poor bed mates, and I've learned never to do business with friends because if anything goes wrong, it will almost always result in the demise of that friendship.  In a previous article, I wrote about 10 things that I wished that I had learned before I had entered the writing industry.

I needed my story edited.  It was my first book and I knew that I would have only one chance to make a first time impression on my readership.  A friend of mine...someone that I had a tremendous amount of respect for, had started her own publishing company and  referred an editor to me.  The catch was that it was going to cost a lot of money to get this done.  I was on unemployment at the time and didn't have the money to spare, but knew that I needed this to be done. 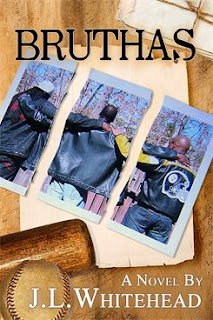 The editor in question was a friend of hers at the time and it was agreed (after signing many contracts) that I would pay for the editing services in increments of $240.00.  This wound up being a $1600 bill.  I never checked for references and I never checked for examples of this woman's work because I told my friend up front what I was looking for and was assured that this could be done without a problem.

What I got back wasn't even something that could remotely be called editing.  By the time I received the final file back, the bill had been paid in full.  I had to re-edit my book myself (which we as authors know that we can't do.)  The end result was that the book, while it looked okay because it was typeset very well, the editing was poorly done.  When I voiced my dissatisfaction, I was tearfully asked if we could "move on."  This only made it worse because I was now being asked to forget about the money lost.  And the editor?  She lost her professionalism by refusing to speak to me ever again because she told me that she couldn't meet my deadline after promising that she could.  Not only did she do a sub-par job, she had spent the money as it was coming in and then gave me "something."

I've never felt the same way about either one of those women.  The editor was a lost cause.  My book still looks good and as the reviews come in, what is said is that there are mistakes noted but it doesn't take away from the story.  What could have been a really good book was only mediocre.  This was a painful lesson.

And this won't happen happen again because I realize that when people need money and they see a need in you, they will often claim to be able to fill that need, even if they know they can't.  They will try to give you something but that something will not be what you asked for.  Lesson learned?

Don't do business with friends because most times you will lose more than just money.

Link to article 10 Things I Wish That I Knew Before Entering The Writing Industry:

What makes a good read?

For most authors who read religiously, it is probably a combination of all of the above and then some.  One of the best stories that I ever read came from Stephen King.  Although I may not be a big fan of his newer works, his older works still entice me; painting vivid images of Maine in the Fall with winding, pitch-black roads and lone empty homes in the middle of nowhere.  The story that held me in it's grips (and still does) is 'The Stand.'  King cleverly wove a tale of apocalyptic proportions with more characters than perhaps was needed.  Yet he wrote the story so well that I continued to turn the pages holding my breath as event after event took the characters on a roller coaster ride of emotional and psychological trauma.

One of the things that made the storyline so memorable was that the writing was simply awesome.  King was able to paint images so vivid that at times, I thought that I could smell the decay of bodies rotting in the streets of New York.

The characters were unique, each lending a certain spice that created the perfect blend of flavors that only enhanced the story instead of taking away from it.  In short, it was a story that I have read several times and will probably read yet again.

As an author, it is our job to create something different when we put fingers to keyboard.  It is our job to keep our audience guessing.  We are supposed to provide twist and turns in our plots to keep our readers on the edge of their seats.  That's what we do.  Even if our story is similar to someone elses work; as an author, we are supposed to lend out certain flair so that our readers will remember us as a writer as well as our individual work.

So have you done this?  Have you written something so different that it will keep your readers on the edge of their seat?  Have you created memorable characters or are they the same type of characters that you would find in any other book that shares your genre of choice?  Did you add an unexpected twist that your readers didn't see coming?  Because if you did...then you've done your job!