We are our brothers keeper

It's been two weeks since America decided to elect Donald J. Trump as our new Commander in Chief, and many of us (depending on who you cast your ballot for) are either elated or in a period of begrudging acceptance.

I, myself went through begrudging acceptance phase last week and realized that I have to move on.  There is nothing that I can do to change the outcome of the election.  It has brought out perhaps the worst in us as a people collectively...but since the pendulum does swing both ways, it can also bring out the best in us.

Like many of you, I was genuinely surprised by the hatred that came out as a result of this election.  I thought that we were moving past this.  Slowly yes, but past it all the same.  And yet, with the introduction of a candidate that seemed to embrace all of the things that we despise in modern society, the ugliness has risen it's head and some white people are saying and behaving in ways that we haven't seen since the 50's and 60's.

People that subscribe to bigoted ideologies are lowering themselves and their dignity by calling our current First Lady a gorilla in heels or by spray painting inflammatory an statement on the side of a building that read, "black lives and your vote don't matter." 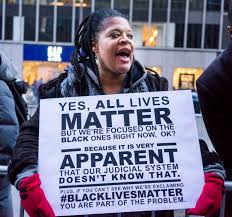 It's enough to make someone that is non-white give pause to responding to thoughts like this with aggression...except we can't do that.  For to do that would be to lend legitimacy to those that harbor racist thoughts.  But what do you do?

We know that we have always lived in a land of the haves and have nots. Furthermore, we know that the haves (for the most part) have been white people and the have nots (for the most part) have been black.  We also know that there is a certain portion of white society that had hid their racist feelings behind political correctness, and now those same people feel emboldened if not empowered to release them.

What we have to realize in all of this is that number one, all white people don't subscribe to those types of ideologies.  We have to remember that there were a huge number of white people that were surprised if not downright outraged by the results of the presidential election.  And since that is the case, we cannot afford to put all white people in  the same basket because it only causes further division.  And in the upcoming times ahead, division is something that we cannot afford.

Secondly, we are truly our brothers keeper.  If we mean what we say, we have to learn that we are now living in a time where we all need to do better for ourselves by doing good for one another.  We must learn how to give to someone in need and care for our own; and by that I simply mean to care for an lift one another up.  It will be difficult because that thought process is new, foreign to most, but it can be done. 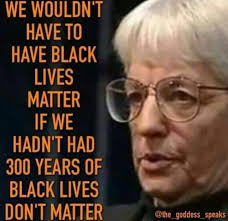 More nasty things will be said about us.  More things will be done that will test us.  And more people will feel like it is their right to make life miserable for others based on nothing more than the color of that person's skin, the way that they pray, their gender identity or their sexual orientation.

I do not believe that at the end of the day, we will all join hands and sing Kumbayah.  Life is a bit more complex than that.