I've been thinking about writing lately.  As a matter of fact, I've been praying about it.  Although I've accomplished so much in this industry, at times I feel like I've hit the proverbial "glass ceiling" and no matter what I do, I can't get past it.

It's not that I don't enjoy writing.  It actually brings me a great deal of comfort when I have the time to do it.  The issue at hand is that I am taking a step back from writing to regroup, re-plan, recharge and re-form.

As I continue to live life and carve out time for my full time job, my other half, family, friends, loved ones and God, I realize that I have to allow more time to hone my craft to be the best that I can be in this industry.  Indeed, don't we all?

I smile as I say this because my other half always asks me when am I going to become rich and famous so that we can both retire.  I had to explain while laughing that we're both going to retire whether I am rich and famous or not.

But I digress, when it come to writing, I am of the mindset that different people write for different reasons.  Many of us hope to be able to carve out a living with our craft.  Others hope to gain recognition for what they love to do...at some point, they may even hope to obtain celebrity status.  Still, some of us just love to write and will take the accolades along with the criticisms.  They will sell a book or two and still keep pushing.  I believe that I fall into the category of the latter.  But with all of that being said, I would love to be able to do what I do and make my living from that.  That is part of my objective.  Maybe this is why it has taken me so long to get to where I want to get to.

Still, I've heard that it's not so much the destination as it is the journey.  You learn about yourself and you learn about others.  But like any traveler when embarking on a journey, you get tired and you need to rest.  In my case, I need to regroup, re-plan, recharge and re-form.  Regroup to gather my bearings; re-plan to figure out my strategy; recharge to rediscover my passion and re-form to implement my plan.

I love to write.  I always have and I always will.  Giving up is NEVER an option.  Slowing down from time to time?  Yes.  But quitting?  No!

Hit me up at www.fourbrotherspublications.com and share your thoughts with me!


Most times, when stories are written, the interpretation of the story is left up to the readers.  Recently, I wrote a review for the novel entitled, "Spell" written by author Janell.  In addition to reading the book, I had the pleasure of sitting down with author Janell to ask her five individual questions about her work.  The Writer's Megaphone is proud to put author Janell in the spotlight, giving her a well-deserved shout out.

JLW:  Since the release of "Spell", how has this work been received?

Janell:  I've received a lot of great feedback about the book. Spell was my first thriller novel and I wasn't sure how readers would respond to a story about such a rarely discussed topic. Writing about witchcraft and religion took a lot of courage. It forced me to research ideas and explore notions that even I wasn't completely comfortable with. The answers to common questions weren't always clear, so I tried to take all that I'd learned in the research process and give it back as authentically as possible to readers through Christian fiction. Though some have reported feeling a little "creeped out" or uncomfortable at times, for the most part, readers have appreciated both the message in the story and a fresh storyline that has not been overdone. 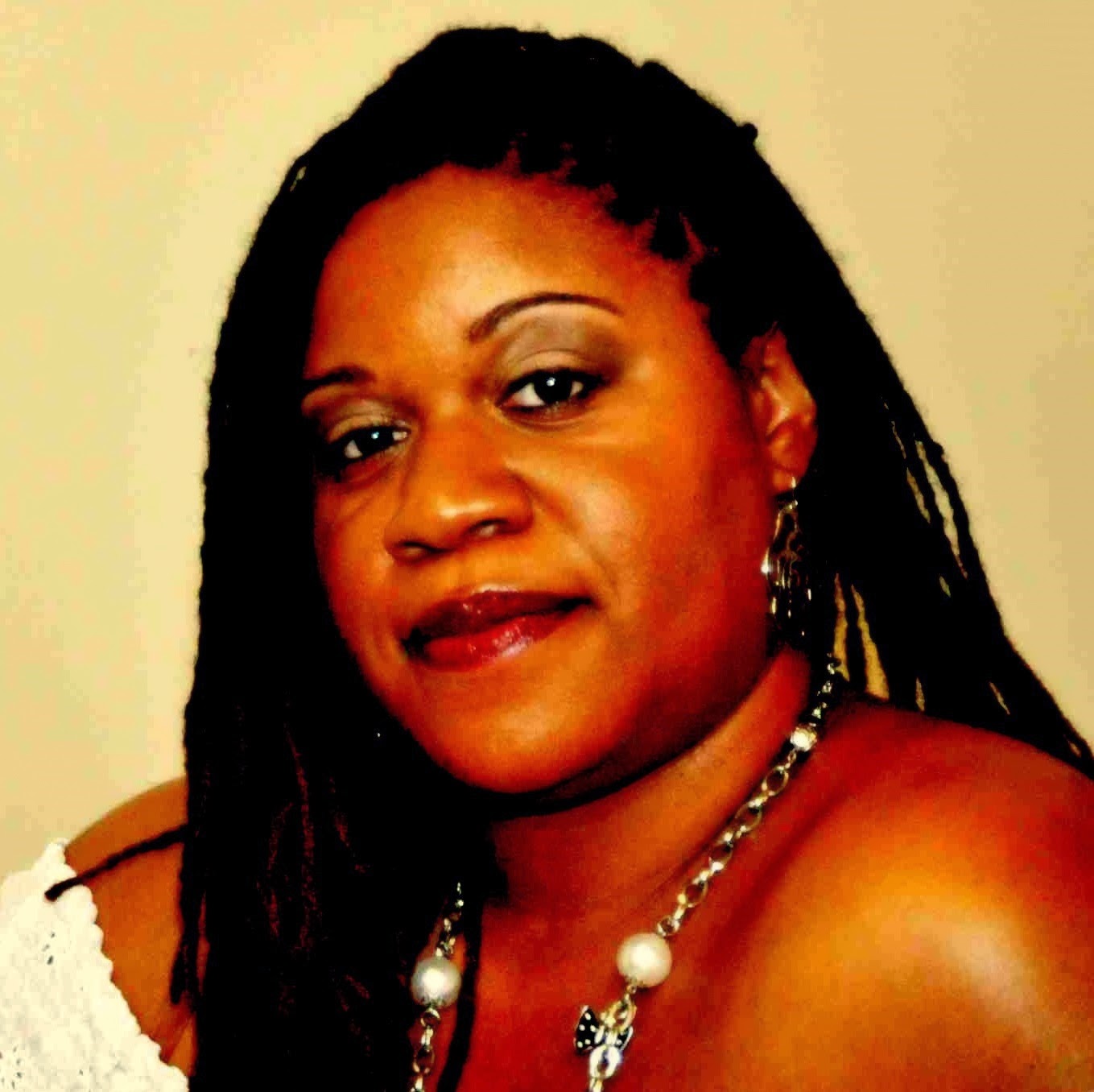 JLW:  Would you mind sharing some of the feedback that you have received, both pro and con?

Janell:  Most readers have reported enjoying the ending. There are some unexpected surprises in the book's final chapters that have left a lasting impression. Many readers report the fast-paced style and short chapters made it difficult to put down. People also seemed to enjoy the three character point of view which allowed each of the main players to have a voice, and prevented the "good guys" from looking too good and the "bad guy" from being all bad. The biggest con would people readers wanting more. I originally did not plan for a sequel to the book, but right before its release, I realized that readers weren't going to be happy if I didn't continue the story. Not that there isn't an ending, because I do end the book with a resolution, but like any good thriller, readers are left contemplating the future of the characters. This is a con for me because like many authors, a sequel is not always the next book we want to write. Sometimes the characters get on our nerves too and we're ready to wash our hands of them. Nevertheless, Spell 2 is in the works.

JLW: Without divulging the entire plot of the book, what is the message that you hope your readers will take away from the storyline that you presented?

Janell:  With Spell, I tried not to tell the reader what to think about witchcraft, but to understand that it's dangerous and nothing to play with. In the story, I raise the question of can Christians be impacted by witchcraft. In some ways, the book provides an answer to this, and in other ways, it does not. My goal was not to give an exact answer, but to stir up conversations and awareness, exploring the possibilities instead. I want readers to examine their perceptions of evil and spiritual warfare, and to realize that while good is working on your behalf, evil is also working to kill, steal, and destroy. 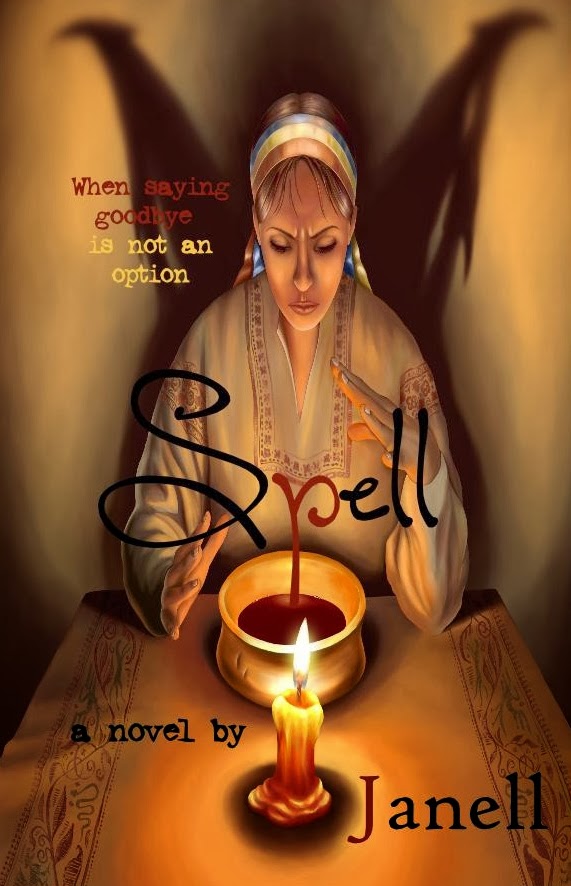 JLW:  How difficult was it for you to create a storyline that some would say would be a complete departure from your normal writing style genre?

Janell:  It was both difficult and easy. It was easy because writing thrillers allows me to be more creative and use my imagination much more so than writing reality-based novels. I enjoyed coming up with the most insane ideas and watching them develop over the course of the story. Alternatively, it was difficult because I had to face new challenges such as finding new readers for this change of genre, persuading my old readership to follow me to the "dark side" (LOL), maintaining a fast-paced storyline which is different from my usually medium-paced style, and dealing with the spiritual attacks that come with writing spiritually-oriented books. No one told me that when you write about spiritual warfare, you find yourself smack dab in the midst of it. That wasn't much fun, but I survived it and learned a lot in the process.

JLW: Will there be a sequel to "Spell" or are you done working with these characters?

Janell:  As I previously stated, there is a sequel to Spell. Spell is actually a trilogy that consists of the initial novel, the sequel, Spell 2, and the prequel, Spell 3. My hope is release both Spell 2 and 3 in 2015.

Review of Spell as printed in The Examiner:
http://www.examiner.com/review/spell-by-janell?cid=db_articles