The year 2020 faces a grim statistic regarding the Trans community.  (1) In seven months, at least 28 Trans women have been murdered with little recognition by the media.  Why haven’t we heard more about the issue and challenges of this community?  It may start with the fact that they are misunderstood. All most of us see when we look at them is a man in a dress.  For most of us (even some of us within the gay community) the idea of understanding what they go through just to exist is something that does not cross the average person’s mind.  Many regard the Trans community as being the sub-culture of the LGBTQ community.  They are regarded with disdain if not downright disgust…especially among heterosexual men.

The average man does not want nor do they desire to understand the Transgender community because they view it as something that is in direct conflict with who they are as men.

Some of us regard their existence as being for entertainment value and then dismiss them when the show is over.

Many trans women live dangerously; often relegated to the sex industry as a means of making money to survive.

The stories behind their lives are filled with hurt, disappointment and rejection.  Their families do not provide the support and understanding that they need to survive.

Some of them have taken to forming their own family within the gay community; hiding during the day and only coming out at night.  And it is at night that the horror begins.  The listing below is a listing of the 28 Trans women that have died this year:

(2) Names of those murdered, or suspected of being murdered, compiled by NCTE:


By highlighting just a few of the deaths of people that belong to the gay community, the hope is that a light is shone on their lives and how they are no less loved, no less cherished and deserve better treatment by our law officials.

The police do not have a good relationship for most of the women that encompass the trans community largely because they are regarded as men that are breaking the law.

Often, the women are dismissed not as women but as things that don’t have emotions or feelings because of when they come out, what they do to survive and the fact that most of them do not have insurance and as a result have to pay out of pocket for any hospital visits for injuries incurred during their time of exis

It is time for the LGBTQ+ community to embrace the members that make up the Trans community because they are truly the forgotten; their deaths meaning nothing in the media.  Their value is in understanding that these people have lives that are led in ways that work for them. Their deaths deserve to have meaning.  Most times, their deaths are reported to the HRC (Human Rights Campaign) which are one of the few organizations that keep track of their deaths. But what if we all could embrace our sisters?  What if we could force ourselves to understand that their existence is connected to the very existence of all people?

What if we could convince ourselves that it is time to care?

It is not someone else’s fault that some of us are not making the living that we thought we would make.  We cannot (and should not) be blaming anyone for our own short comings.  We have learned this lesson economically, in the family dynamic, academically and in society in general.

Some of us have learned the art of blaming someone else for our mistakes and missteps.  And yet, we all know that when we find someone else at fault for what we think should be rightfully ours, our response can range from minor annoyance to visceral anger.

Right or wrong, this is what we’ve become.

We are a nation living our worst with the potential to be so much better than what we are or even what we aspire to be.  There are too many of us that think we’re better than those that appear different than us or are a culture/race that we simply don’t understand. We are ready to give a side eye to people that worship different than we do.  We want to lay harm to people that love different than we do.  We don’t want history to be taught in schools for fear that it will negatively impact white students.  We want to dictate what sex a person really is rather than allowing them to become who they really are.  Some believe in theories that may make sense on paper but when said aloud sound outlandish at best and downright crazy at the worst.

In short, we have become a nation of intolerance.  We have become obsessed with money, sex and power while ignoring the plight of the homeless and the poor.  And you would think that I would be referring to the Far Right or Evangelicals.

This covers all of us…rich and poor, black and white, gay and straight, male and female, young and old.

We may not be extreme in our personal beliefs, but we have all fallen short of being our brother’s keeper.

And we are better than all of this.

Many of us believe in embracing our differences rather than alienating other people that we don’t understand for one reason or another.  We believe in racial and societal equality.  We believe in a woman’s right to choose as well as tolerating various ways to pray.  We believe and understand that someone may be struggling with how they identify and want to present themselves.  I don’t have to understand everything to know that I don’t have the right to impose what I believe on anyone else. Because at the end of the day, I can only share what my beliefs are and that’s only if my opinion is asked for and welcomed.

We have forgotten the basic unwritten rules of tolerance that makes our democratic society great.  We assume the best of someone different than us and not the worst.  We reject living in a nation of fear and instead embrace what scares the hell out of us.  We realize that the world will not stop turning if our lives are impacted by a major change of any kind. 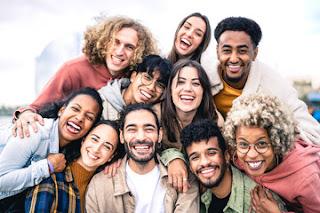 We are a resilient people with goodness at our core.  It’s just that sometimes, we forget how good we are or even how good we want to be at any given time in our lives.  We forget that we have learned how to love.  We have learned how to give.  We feel empathy just like we feel fear.  We cannot allow a smaller group that may be louder than us to tell or even dictate how we should believe, live, and love.

We are so much better than this.

We should speak the truth at all times since the truth is easy to uncover and be revealed as factual if we do our own research. This is the legacy that we should all be striving to leave our children.

We know how to be better; the question is do we really want to better?

I think we do. 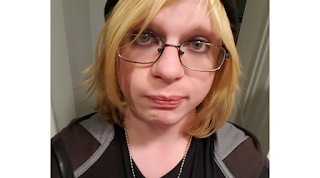