Lately, it is easy to dislike the Republican Party.  They used to stand for being fiscally and socially conservative.  That used to mean fiscal spending and social programs was kept low with the remote possibility of working with their Democratic constituency in addressing issues that impact society…whether good or bad.

We thought that with the removal of Donald Trump from office, the Republican Party would somehow reinvent itself to align more with what our constitution speaks of and serve the American people.  This is what some of us thought.

Instead, they have chosen to embrace Trumpism and embody the lack of a moral compass; pledging their allegiance to a man that lost the presidential election, was twice impeached and caused an insurrection that left several people dead and many injured.

The most obvious reason for them behaving in the way that they are could be that they know that the Republican Party does not stand for anything that could be construed as positive for the American people.  They have not proposed any legislation that would benefit the people that live in this country and with that realization comes the fact that they do not stand for anything constructive.

The leader of the minority party is Mitch McConnell.  He has decided that the party that he believes belongs to him will do everything to block any accomplishments made by the Democratic party.  In a repeat of what happened during the Obama administration, the Republican party will become the party of obstruction and deflection.  They will accuse the Democratic party that they are the ones that will be the party of obstruction which in many ways will bring the accomplishments of the Biden administration to a screeching halt.

But here is the thing; shouldn’t Mitch McConnell and every other Republican elected to office serve the American People?  Isn’t this why we pay their salaries?  I mean, isn’t the whole purpose of our government be that they reach across the aisles and work with their opposing parties to come up with something that would best serve everyone that lives in this country?  Isn’t that the point?

Wasn’t that always the point? 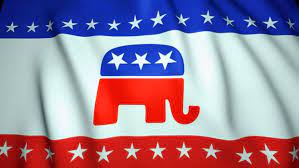 Instead, we need one party that functions with a cohesive set of beliefs.  You can believe that you are conservative and bring your ideals to the table that would…wait for it; serve the American people.  This is the same with the Democratic party.

If white people are terrified of the black and browning of this country; instead of being fearful, maybe you should embrace it.  Understand that fleeing to an all-lily white area is not going to solve your problems.  There will always be black people.  There will always be brown people.  Maybe it is time for you to embrace them instead of running away from them.  Maybe your fears are unfounded.  Maybe they were grounded in a belief system that is a throwback to the forties and fifties.  Maybe it is time for you to face your fears and figure out why you were so fearful to begin with.  Was it something that you were taught?  Was it something that was learned and passed down throughout the years?

Was it something that you saw as you watched your families move from home to home hoping that you would find the perfect neighborhood? 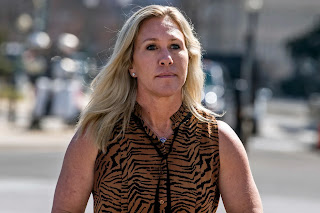 We will perhaps never know what makes the Republican party tick, but I know what we can do that will fight against their ideologies.  We can vote…no matter how long it takes; no matter how difficult they make it for us to cast a ballot.

We must show them that racism is not the path to a perception of success which translates to wealth.  We ought to show them that they are employees of a government that adheres to the constitution that was written by our forefathers.

Maybe it is time for the Republican party to choose what they genuinely want to be.

Maybe it is time for them to re-invent themselves into something good.

We can only hope.