Now I understand why...

I’ve been thinking about this topic for a few days now.  Sometimes, I like to let an idea stew in my mind before I say anything about it.  I’ve been watching the documentary, “Surviving R Kelly.”  I listened intently as the commentators took me through the series of events that led to the heartbreak and abuse of several women of color.  And as I listened to the associates of the artist as well as members of his family, something jumped out at me.  The idea hit me so hard that I recoiled in my seat.  It helped me understand what is going on in mind of the average Trump supporter.

If anyone is familiar with R-Kelly and the story that surrounds him; it is alleged that he is a pedophile.  It is said that he had sex on multiple occasions with under aged women of color…and yet, his popularity has not been diminished in the least because of those actions.  Despite the allegations against him, people continue to not only buy his music; they still lift him up as a person whose musical talents supersedes his behind the scenes proclivities.  He is still held in high regard which isn’t as surprising as I once thought was.

There is a certain amount of tribalism that comes with persons that we deem as having a viable talent.  We believe that because of the individual’s gift, they are deserving of our adoration and praise.  We will overlook their past misdeeds with an ease that is incredulous to some and unbelievable to others.   Despite the allegations against R-Kelly, he is still considered to be a beacon of inspiration to some within the African American community.  The allegations have not hurt his record sales.  More importantly, he is held up as a shining example of what is good and decent.  In many ways, he is regarded as a role model despite what he is to have allegedly done.

It is in the same way that Trump Supporters love and trust the POTUS despite the things that he is to have said and done allegedly.  I say allegedly because like R-Kelly, the allegations have not been proven against Donald Trump.  The jury is still out on these two celebrities although they both may have been judged by the court of public opinion.
We tend to do this with our African American celebrities.  We don’t want to see them fall from grace.  But black artists are held to a different standard than white celebrities simply because of race.  Trump’s popularity has stayed steady for the last two years.  His base…thirty-three percent of the country, still support him.  They attend his rallies and hold firm to their support for the president.

On the morning of June 13, 1994, OJ Simpson was acquitted of the murders of his wife, Nicole Brown Simpson and her companion, Ron Goldman.  I remember that morning because I was in the bank cashing my check speaking with a teller.  I told her that even though OJ was found innocent, I believed that he was guilty.  In my mind, there was something about the evidence presented that didn’t add up.  Something was out of sorts and I couldn’t put my finger on it.

The elderly black woman that was standing behind me became furious with me.  She said “How dare you say such a thing.  OJ was innocent and you have no right to say anything different!”

My response to her was just as swift.

“M’am, with all due respect, I am entitled to my opinion and this conversation didn’t include you anyway!” 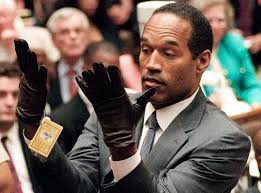 I don’t remember the details of our exchange, but I recall clearly that she was furious with me, not just because of what I thought…it was because the court case had been divided on racial lines, and I had picked the wrong side.  Her anger was more about the perception that I had gone against my own kind and less about the outcome of the trial.

But this may explain why with everything crumbling around Donald Trump, people still hold onto the image of him being their shining light.

But I digress, this isn’t about Trump supporters or R’Kelly supporters.

And now I truly understand what it means.