This is who we are

I've heard over the years one saying that resonates deeply within the inner recesses of my mind.  I hear it when we have any major catastrophic event that shakes us to our core.  “This isn’t who we are…this is America!”

And as always, I agree with whomever is making that statement and hope that things will get better.  I hope that if the events that causes us to band together uncharacteristically would force us to learn about ourselves.  It would force us to look in the proverbial mirror long enough for us to truly see who we are as a people.  Because you see, it’s only in this that we would learn.

Sadly, many of us only take a glance in the mirror and not a gaze.  We go on with our lives as the event falls in our review mirror. 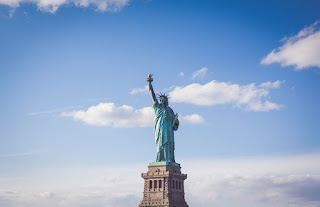 This is who we are.  We are a nation where the minority doesn’t care about other people.  We live under the guise that most of us are good, decent law-abiding people.  And while that may be true, we need to understand that there is roughly 33% of our citizens that don’t care about others.  They care if people that don’t look like them migrate to this country; never mind the fact that we are a nation of immigrants.  This is who we are.

We are a hate-fueled people.  We care about inconsequential things like race, national origin, sexual orientation, and religious affiliation.

We listen to people that lie and behave as if they are telling us the truth.  We don’t want to believe we could be this bad…and yet we are.

We have people marching because they think it is okay to take away the rights of others.  Our democracy is hanging on by a thread because at this very moment, legislation is being implemented to stop most of us from voting.  There are members of congress that don’t have the moral compass to lead our country the way that they should, and instead decide that they are going to use their platform to promote their own agenda.  We have a political party that is struggling to maintain power and have no interest in governing. 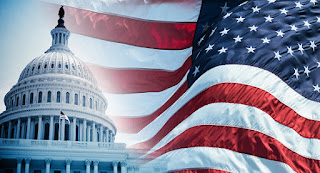 I don’t know if we will survive all of this.  I pray that we do. We have morphed into an America that I don’t recognize anymore.  I know that who we were wasn’t perfect.  I know firsthand that as an African American man, I and people that look like me have been the victim of oppression consistently and systematically.  We have been the victims of violence that has torn through our towns and neighborhoods in the past.

I say this because the people that are in charge will not relinquish power easily.  When you are used to getting the best that this country has to offer, and you are reluctant to share it with others that’s a problem.

But this is who we are.