I recently read an op-ed by one of my constituents named John Pavlovitz.  I came across his writings on my twitter feed, and I was amazed at what he said, how he expressed himself, and his viewpoints on just exactly what is happening to our country.  After reading his work, I was able to exhale…seriously exhale.  I felt as if I had been holding my breath for years and now it was okay to release the tensions that had accumulated in my body all these years prior.

I was reading the works written by a white man that shared my viewpoints down to my core.  He talked about the systemic racism that has currently, (and at times, quietly) enveloped our country.  He expressed that he is tired of the hatred that has given way to a level of ugliness that we are currently seeing in our society.  It is a level of ugliness so pervasive that its looks have not been seen since the pre-civil rights era.

To the naked eye, it seems that we are repeating everything that we fought so hard to get past; and yet, it’s a past we are currently repeating.  We have white people using language like “civil war” and “The Storm” out in the open for all the world to see.  Our ugliness is on display like mannequins adorned with the latest fashion trends.  What was whispered in the dark and behind closed doors is now front and center. 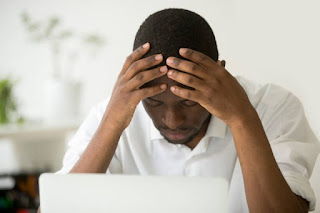 Our democracy, something we cherished and protected for as long as I can remember is now hanging on by a thread; because you see democracy can work only if the two parties are willing to participate in it.  Right now, we don’t have that.

What’s even worse is we have a smaller denomination of people holding the larger majority hostage.  The smaller majority don’t want to wear masks because they feel as if somehow, their freedoms are being encroached upon.  We have the Republican party holding the rest of the nation hostage because they have decided that the best way to retain power is to get behind a man that has a relatively large base, even if that base is still in the minority.

The base in question is full of anger, resentment, and hostility.  They have willingly hitched their proverbial wagon to a man who has been impeached twice, lies more than he can tell the truth and has questionable morals.  They are willing to give him a pass for all his defects of character even if those defects could seriously jeopardize national security should he get back into office.

What is exhausting is the negative rhetoric that seems to come from a bottomless pit of a rage and despair that has been simmering for years if not decades.  The preservation of whiteness seems to be part of the problem that we are facing as a nation...no matter how wrong it is.  For the 33% of our nations’ citizens that support the ex-president, at least half of them is anticipating a civil war.  It’s all so tiring…and I am literally exhausted…and frightened.

As I take a step back and look at our issue(s), it isn’t just that white people want to lay claim to a land that wasn’t theirs to begin with; it is the fact that these same people resent the black and browning of our country…and they don’t want to live with any other races but their own.  They tell immigrants to go back to their own country not realizing the hypocrisy of that ideology because they themselves probably come from a family of immigrants.

“I’m tired of continually confronting ugliness—and of the increasing ugliness it brings out in me as I do.

I’m tired of walking into a room and trying to calculate inside my head, how many of them there are—and resenting human beings I’ve never met based on my evaluation.

I’m tired of assuming the worst in people because of the bumper sticker on their car or the red hat atop their head or the channel they get their news from.

I’m tired of the impatience and irritability always sitting just below the surface of my countenance, and how often it breaks violently through and into my day in angry words in traffic or expletives spoken under my breath or easy frustration with the normal inconveniences of life.

I’m tired of regularly losing my religion as I fight both for and with my faith tradition: being anything but Christlike while advocating for the teachings of Jesus.

I’m tired of feeling a growing hopelessness when I see the people we’re becoming.” ~

It seems as if the country that I belong to has become something that I don’t recognize anymore.  I used to love it, until I realized that the same country never cared about me because of the color of my skin.  That this same country was slowly and systematically thinking of ways to kill, imprison and disenfranchise me ever since I was born.  But I loved this country any way because I didn’t have a choice.  Black men were not given many choices.  That is the way the system was designed.  Now to the masses, black men have made many strides and to a degree they would be correct.  But the truth of the matter is we are still being repressed.  The 33% does not care nor do they wish to acknowledge that fact.

I no longer trust the democratic party.  I don’t trust them to follow through with the promises they made when they campaigned against Donald Trump in 2020.  It saddens me to say this, but this is how I feel.

It appeared as if we had made so much progress as a nation only to find out that we didn’t make any progress at all.

To read the full op-ed by John Pavlovitz, please click on the link below: