Land of the Free

I was on my way to a doctor’s appointment this morning when the thought crossed my mind of just how great the United States is.  I don’t know what made me think of this.  Perhaps it was the words of Meghan McCain when she eulogized her father stating in a direct rebuke of Donald Trump that “The America of John McCain has no need to be made great again because America was always great.”

And to a certain degree, she was correct.

It wasn’t until I saw the image of Donald and Melania Trump standing proudly with their hands over their hearts paying homage to the American flag that I suddenly began to realize that this simple gesture offended me.  It wasn’t because the gesture was being made by a man that didn’t understand the constitution of this great land.  And it wasn’t because this same man used that gesture as a weapon to attack the people that chose to kneel in protest to citizens of this same country being killed for belonging to a demographic that didn’t fit the ideology of mainstream America.  It wasn’t even because I didn’t agree with or subscribe to the meaning of the flag.  I know what it stands for and I respect that meaning. 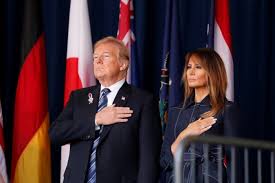 The truth is that this country is great for a few, and the few that it is great for is divided into categories of those that chose to acknowledge that their majority has it easier than those that don’t look like them.  And then there are those that will never acknowledge this and instead will elect to keep things status quo.

It has always been this way. But it took the rise of Donald Trump to bring this to the surface.  There is a large portion of this country that want to keep the opportunities to excel and succeed difficult for minorities and immigrants.  They want to be assured that their population will always remain on top and get the first fruits of the land.  And I say this not as a complaint or a gripe, but rather as a simple statement of fact.

There are millions of white people that want to keep this land great as long as the greatness is kept for themselves.  The rise of a Donald Trump could not have happened without this thought process being in place because he represents what they have been thinking all along.  He has been known for telling it like is which is code for saying what they didn’t have the courage to say but now feel emboldened to act upon. 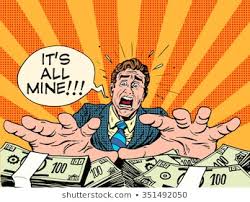 The nation has now been split as a result of this.  Political parties that used to differ in governing policies have now been pitted against one another, each being designated as the formidable foe.  The issue of race has been brought to the surface with those of us pitted against one another.  And this was caused by a man that believes that everyone must have an enemy.  There is no such thing as people working together for the common good.  He has exacerbated the worst in us in the guise of patriotism, something that I’ve said all along.
This land can be as great as we profess it to be although sadly, it will take so much more for us to achieve the level of greatness that we all hold dear.

The divisiveness that separates not just political parties, but the American people is symptomatic of a greater problem that needs to be addressed before we can move forward as a nation.
We need to realize that for generations, one denomination of the American people has deemed themselves as being better than, greater than and more deserving of the greatness that this land has to offer.

We must address the fact that the only thing that separates us is the color of our skin and that we believe that it is in that color what determines the level of success that we should have.
There are those of us who will say that this isn’t true; that if there are people of color that have achieved an astronomical level of success then they never would have achieved this without the opportunities in this land being given to them.

I am not saying that immigrants and people of color could never achieve a level of success that is often attained by our white counter parts.  What I am saying is that the playing field has not been level for everyone regardless of race, religious affiliation or ethnicity.  This land has often been declared a place where everyone could excel if they put their minds to it.

But the realty of this doesn’t ring true.  African Americans have only had their civil rights for fifty years.  Women have only had the right to vote for ninety.  Up until that point, this land was not equal for all and to a degree still isn’t.

We must first admit that this land has been a white man’s world; and to be damned with the needs of everyone else.  And while there are people of color in various positions of authority, it isn’t at the level that guarantees that every single person of color has the advantage of those doors opening.
Until we address this, we will always have the problems that we have been battling with for generations.

We have never experienced a time in history where we have been more polarized.  We have never seen the rise of the ideology of white supremacy since the fifties and sixties.

And maybe history is repeating itself in that white people will fight to keep their self-imposed superior status as it has been in the fifties.

Or maybe we are seeing the last gasp of what was, and the door is being opened, albeit slowly, to the wonders and possibility of a truly diverse society…a society where everyone gets an equal share of the proverbial pie.  A pie that everyone should have enjoyed an equal slice of to begin with.