But I'll try to explain it to you.

For decades, I've always thought that something was wrong with me.  I couldn't put my finger on it directly, but I knew in my heart that something was out of kilter for me.  As a child, I knew that I was socially challenged.  Well, maybe challenged isn't the right word.  Maybe the more appropriate descriptive would be awkward.  I knew that I didn't fit in with my peers, but for the life of me I didn't know why.

I knew that what happened to me at the age of thirteen was wrong in so many ways and on so many levels.  And logically, I know that I wasn't of age to give consent even if I wanted to.  But when all of that was happening, I thought that I was more of a willing participant than I really was.

I've made poor choices throughout my life.  But I also made many good ones.  Hindsight being what it is, I now know that I could have done better.  One common saying is, "you have to do better to be better." 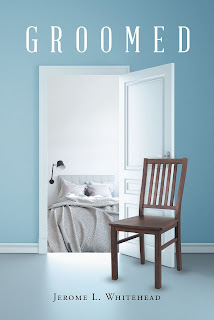 Now, while I don't lay all of my mistakes and shortcomings on what happened to me all those years ago, I made the correlation between what happened and who I ultimately became.  I managed to connect the dots.

I know that while I am human and prone to mistakes and misgivings, what happened to me shaped me emotionally.

I know why I made the choices that I made.


What I know is that what was done to me changed my perspective on life .  It altered my senses and changed my thought processes.  Instead of focusing on what was important, I focused on what felt right in the moment.  Instead of thinking of my future and what would make me successful, I placed my efforts on instant gratification.  I honed in so hard on what would make me happy at that point in time that I neglected the very thing that was important for me to succeed in life.  My self-esteem had been compromised to the point that I felt like I didn't have value even though a part of me knew I did.

I was willing to change who I was to accommodate whoever I was with at the time in the hopes that they would give me what I needed, not realizing that what I really needed was the freedom to be me.

I looked to someone else to validate me when I should have been doing it for myself  all along.  And I believed the horrible things that people would say about me, allowing that to form who I was instead of allowing it to being relegated to being the smallest part of me.  I allowed my good intentions for everything that I did to take a back seat to the truths and untruths of the malicious words of my associates, co-workers, family, partners and enemies.

People that could see my weaknesses would pounce if I gave them reason.  And over the years, I have given people many reasons to attack me.  People would attack if for no other reason than knowing that they could.

And if I could find out these things now and connect the dots, then so can others.

My story may not be like yours exactly but there may be parts that resonate with you.

What I hope is that you discover that despite the choices that you may have made in your life that may not have been great, there is still time to make good ones.