2024 We can control what we become

We see Trump supporting representatives being placed into roles that would assist the twice disgraced ex-president in being placed back into office in 2024.  And I fear that once placed into office, he will not be so willing to leave at the end of his four-year term.  Instead, he will dis-regard the norms that our founding fathers put into place and change our democracy into an autocracy.  Please let that sink in.

We will no longer have the option to elect our officials.  And this could not be a better time for the Republican party to seize office since many of us have grown tired of our democratic process.  We keep asking ourselves what is the point of going out to elect the official of our choice when it doesn’t matter?  Why should we stop fighting against the Republican party’s intentions when we know what those intentions entail? 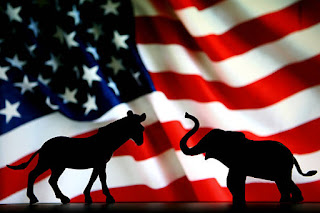 The only thing that can stop Trump from obtaining office is the Republican party itself.  It is time for all of us, Republicans and Democrats alike to do something about what is happening to the United States.  We need to understand that Donald Trump does not have an interest in governing for the American People.  We’ve seen this in his first term in office.  He simply wants the power of the highest office in the land.

Readers, even though the Republican party has morphed into the party of Trump, we must do whatever we can to protect our democracy.

These are words that I am used to hearing every news cycle.  And yet, there is so much that can be done but isn’t being fulfilled.  We have grown so tired of our politics and Corona virus.  The two topics have worn us down.  We want to get back to a sense of normality and yet we can’t seem to find our way.  But our democracy should not be a reward for a small group of people that don’t reflect our values, if it is deemed a reward at all.

We know that the Republican party is viewed as a group of people that soundly rejects the notion that we can live as a multi-cultural society where everyone can share in the fruits of this land equally.

Greed and lust for power is at an all-time high.  Our elected government officials on the other side of the aisle seemed to have abandoned the principles that our country have been founded on.  Governance is not on their list of things that they will do when they seize power.  Addressing equality and fairness is not on their agenda.

I am not advocating for the Democratic party.  In so many ways, they have let us down and continue to do so.  At a time when the Democratic party needs to show unity, we have two senators who refuse to support the president’s agenda. This is not the time to promote your personal agenda.

The Republicans are gearing up for the election of a century.  The stakes are too high.  The election being held in 2024 is not simply a run to determine who gets to occupy the oval office.  This is a run for the state of democracy in this country.  We cannot afford to let one party that has no interest in governing obtain the highest office in the land.

I know you’re exhausted.  I am too.  But we cannot let democracy fall into the hands of a party that does not care about the rule of law.

We must care about what’s right and wrong.  The country is becoming more black and brown.  But that is not a problem even if a lesser denomination thinks that it is. Somehow, we must work together to make this country work for all of us.  The problem seems to be that a small fraction of us has no desire to do so.

And that’s a shame because it appears as if the smaller group is holding the larger group hostage which is counter our democratic processes.

One of the things that I know to be true is that we cannot make a group of people do what we would like them to do.  We cannot make a group of people think right or act like how we would like them to act.  The only thing we can do is step out on faith and make the right decision and do the right thing.  You may be tired of everything that we’ve gone through over the past two years.  However, we are fighting for more than just the right to right to vote.  We must come out in full force to protect our democratic norms.  We do not have time for someone that wants to be the head of this country but does not have out best interest at heart.  We cannot let someone occupy the Whitehouse when all they want to do is golf.  We cannot afford to let a smaller group of people take rule over the masses.

As always, please feel free to leave a comment below: