Why is the Republican party willing to burn this country to the ground?

I promised myself that I would not write about politics, but I can’t ignore the fact that the Republican Party is willing to burn this country to the ground because they didn’t get what they wanted. And unfortunately, what they seem to want is money and power…and the two are interchangeable. Gone is the illusion of producing legislation that will help the American People. Gone are the days when they could and oftentimes would hide behind standing up for middle class. They said that they were…until they weren’t. And after the Trump era, they can no longer claim that they stand for the middle class.

We are all watching the Republican party unmask themselves; showing who they really are as well as what they stand for. They choose to tell lies rather than the truth. They choose to follow the path of a twice impeached, disgraced ex-President rather than produce legislation that will help the American people. And since legislation is not on their radar, they choose to cheat…possibly stealing the presidential election and awarding it to a disgraced ex-President. 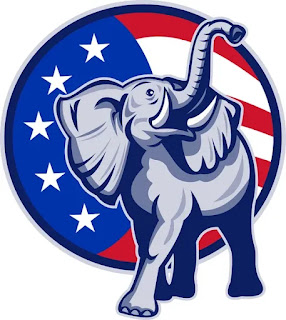 They are implementing policies that will limit the rights of most Americans to vote and it is possible that the Supreme Court will overturn or gut Roe vs Wade making it harder for women to get the necessary health care that they need.

I can no longer give them the benefit of the doubt since what they want to do is crystal clear; they want to hijack this country and push us all back to the 50’s era where blacks were second class citizens. Women will be relegated to the role of the dutiful housewife where they stay home, raise the children, cook dinner, go to their children’s sport competition all while wearing high heels and pearls.

I am trying to look with hope to a light and bright future…but I can’t. The elected officials on the other side of the aisle seem to have no desire to do what the American people elected them to do…which is govern.

What we are witnessing is a power grab…possibly one of the biggest power grabs ever witnessed in my lifetime. It would have been somewhat difficult for the Republicans to bring forth legislation that would truly uplift the American people therefore giving them a shot at winning an election fair and square. Instead, they chose to get behind a man that lied no less than 1000 times while he was in office. And here’s the thing, they knew that he was a liar. They knew that he was only about himself. So, what did they do? They got behind the lie that the election was stolen from the ex-President. And let us be clear, the lie had nothing to do with them being misled. This was about them trying to cling to power because they could see no other way of holding onto it. They knew that the American people did not approve of the way that Mr. Trump handled the affairs of this nation.

Nothing was stolen from Mr. Trump. He did not win in a “landslide.”  He is and always will be a spoiled little rich boy that is used to winning even when he didn’t. He is used to getting his way, and the truth of the matter is that nothing has changed. He doesn’t want to be president to help the American people. He got a taste of power and now he wants it back.

Just watch what happens in the next couple of years.

I have my popcorn and soda.