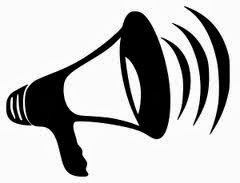 As I start off 2014 with my first author to put on a positive blast, I am reminded of why I do what I do.  I know that some authors will reach out to me for purposes of getting whatever media exposure that they can.  I know that some will distort who they are and paint an image that may be far from the truth.  After all, in this industry, it isn't who you truly are but how the world perceives you that matters.  However, I am a firm believer that the truth will always come out in the end.  It's this thought that comforts me if I find out later that I've made a mistake and promoted someone who perhaps didn't deserve it initially and then made it worse by painting a false image of themselves to perhaps make themselves likable if not downright acceptable in the public eye.

Still, The Writer's Megaphone was set up to put people on a positive blast.  Tearing them down is not my game plan.  It never was and it never will be.

I don't know much about author Jay S. Lewis.  He reached out to me initially to have us post reviews of each others work.  As an author, I would love more than anything to receive an honest, favorable review.  The keyword here being honest.  So, what I offered author Jay S. Lewis is a spot on the Writer's Megaphone because I truly believe in paying it forward.  Everyone deserves the opportunity to have positive attention drawn to themselves.  I also stated that I would be more than happy to review his work and post a write up in my column on The Examiner and on CNN iReport.  In order for me to post a review, I would have to read it first.

Mr. Lewis is a young author who is both bright and ambitious.  This I could tell from the brief interaction that I shared with him.  He has a book out currently entitled, "Jamaican American Thug Drama."  I decided to pose five questions to this author to find out more about him.


The Writer's Megaphone is proud to put on a positive blast, author Jay S. Lewis

JLW:   I am familiar enough with Jamaican culture to know that homosexuality is so taboo that citizens that are known to be of the LGBT Community can risk losing their lives if they are ever discovered.  What made you tackle this genre and why?

JSL:  I began writing the story back in 2010, exactly three years after I was almost gay bashed. I sat and I thought about how cruel the world can be towards gays and I remembered how it broke my heart. I almost became a hermit and for a moment, I chose to lock myself away from the world. It broke my heart that you could get killed for loving who you choose to love in this country and then slowly I heard voices inside my head and then step by step the story began falling into place. Soon afterwards, the characters voices became clear and distinct. I remembered feeling the urge to share a story about what it’s like to be gay and living in Jamaica and then it wasn’t difficult, it was like someone or something was talking to me and the words came easily whenever I wrote in an amazing manner of divine ecstasy and I would just write, write, and write.

JLW:   In your opinion, why is homosexuality viewed with so much disdain in the Jamaican culture?

JSL:  The Jamaican culture in its very essence is heavily influenced by its music that originated there. This would be reggae music. For decades, strong homophobia influences have been injected into reggae music and absorbed into the spongy minds of its inhabitants who basically played out on a subconscious level all that was recorded since they were toddlers. Reggae music is a genre that many people around the world have come to love and enjoy because it does preach love and oneness… just not towards homosexuals.  Recently, laws were passed which placed a ban on violent lyrics in music so this was a great step because now entertainers have to sing about other subjects rather than violence which they have participated in ever since. 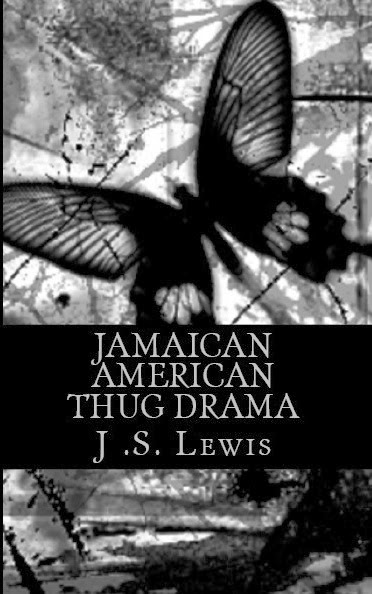 JLW:   What are your plans after this particular project moving forward?

JSL:  My plan is to contribute my rich talent and lend whatever support I can to the Global LGBT community. I have so much love, light, happiness and motivation to share. I passionately believe we all have a right to freedom, life, love, expression and well-being. I see myself as one of the most outstanding Philanthropist of the LGBT community and I believe that with time, this goal can and will be accomplished.

JLW:  Would you mind telling the readership something personal about yourself?

JSL:  OF COURSE. I would love to tell everyone that I am a believer in light and love. I have so much love pouring out of me and I wish to share it with the world.  I have come a long way and I will keep on keeping on because I believe in love. I belief we are great; we are magnificent beings capable of immense love and I wish we as human beings can stand together and love each other more, regardless of class, race, ethnicity, religion, social or political status.  We are all connected by a stream of positive energy that is universal and that’s the power and light of love.

JSL:  I believe that before the year has ended I will make the New York Times Bestsellers list and the world will know I exist and that I have something to contribute that this world is lacking. I am just one of many who have come forth to help humanity regain its balance and open their hearts up to love. I have the power of the pen and I am offering it; using it to transmute my immense love to the world. My faith is so strong I can already see this goal accomplished, I see myself making the New York Times Bestsellers list like so many magnificent authors before me. I am a believer in dreams and goals. As James Allen said, “Dreamers are the saviors of the world.”


To purchase the above mentioned work, click on the link below

As many of you know, writing is and will probably always be an intricate part of my life.  I have books to read, books to write and interviews to grant.

My integrity is so important to me because it is the backbone of who I am as well as what I strive to be in this industry.

I have two books in my queue this year.  The first is somewhat autobiographical, aimed at encouraging and motivating my brothers within the LGBT Community.  The book is entitled, "45 Years of Darkness" and chronicles what I went through (and to some degree continue to experience) as a sexual abuse survivor.

I had to dig deep for this.  It was painful in some ways and liberating in others.  Some will come away enlightened while others will think that I got what I deserved.  It wasn't written for sympathy.  It was written for a group of people who may be hurting and not even know they are.  I make no apologies for this.  As a survivor, I shouldn't have to.

The second book is entitled, "Second Chances."  It wraps up the "Bruthas" family saga.  In this last book we find out what really happened to Nate (the youngest brother), what's going on with Jai (the oldest brother) and if Ryan's relationship with Ethan will survive the trials and tribulations of issues from Ryan's past that have come home to roost.  Once again, it is tied around another murder mystery taking place in Philadelphia.  Who shot and killed Ryan's upstairs womanizing neighbor to death?

I'm getting ready to change the website carrier for Four Brothers Publications.  With that being said, it may be down for a little while.  But rest assured that it will be back up with a new look that will compliment the direction that I choose to take my company in.

“Second Chances and Do Overs”
Chapter One

"Second Chances" is due out in late Spring 2014

Lately, it is easy to dislike the Republican Party.   They used to stand for being fiscally and socially conservative.   That used to me...