I've just completed the first draft of my next book.  It took me several years to write it even though the actual page count is a little less than two hundred pages.  The reason why it has taken me so long to write this book is because it was painful for me to recall several low points in my life that I have struggled to forget.

My initial target audience for this book was for gay men, whether they were young or old, black or white.  I thought that it was so important for them to know the true down and dirty that entails sex abuse as well as what constitutes a victim.  There are more of us than we as a society care to acknowledge.  The only problem is, I realized relatively early on that most gay men wont read it.

They wont read it not because the content isn't worthy of reading, but because the subject matter has been done before; maybe not by an African American man, but done all the same.

After completing the first draft, I thought who would want to read this work and what purpose would it serve?

The content of the book is heart breaking at times, written from a truthful and honest perspective.  Who better to tell my story than I?  It wasn't until I wrote the book that I realized that not only had I been molested, but that at one point in time, I had been raped which is something that still doesn't sit well with me because I still subscribe to the ideology that men cannot be raped.  I still subscribe to the thought process that somewhere, the boy must have wanted it otherwise he would not have put himself in that position.

But it's that same thought process that buys silence.  It's the reluctance to say what really happened that empowers a pedophile.  Initially, I kept that part out of the book.  I did until someone who read the manuscript said to me that I was holding back...she could tell.  And then I had to talk it out with my partner and found that in talking about it, I was still, after all this time, upset about it and didn't understand why.  I added the piece into the story line because it, regardless of how painful it was, is part of my truth.

In order to help someone else, you have to get into the down and dirty.  You have to let the "ilk" rise to the surface so that you can set it free.

But I'm breathing now...a little bit deeper and my head held just a little bit higher.  It will be okay because it has been okay up to this point...even if being okay was just a facade.

I realized now that the importance of the book isn't just for gay men.  The importance of the book is for any single woman who has a child.  I tell the story from the perspective of both a 13 year old boy as well as an adult man.  Both of these people are me.  I describe what happened, what was going on in my head and what happened to me after the incidents transpired.

Hopefully, it will give a mother something to think about if she suspects that something is going on with her child.  Because statistically, it happens to every sixth boy.  That's one in six.

I hope that I'm getting all of this out right.  After all, these are factual events, but just because they are doesn't necessarily mean that you will have a happy ending.  Sometimes, you just have an ending.

After all, we're all works in progress.

This one goes out to all the slaves of all form and size.

Not those slaving away--that is a poem for another day.

Not those whom enslave--that's a poem for Tuesday and every, other day.

This one goes to out to the most suffering of any one of us.

And I am saddened to exclaim---people don’t even know you!

I get messages on Facebook about does child sex slavery really exist!

I speak about such things and in real life I have Zero friends!

This one and every other one goes out to them--in hope of Freedom for you.

That the people stop electing corrupt puppets to lead us through these lands!

O! No this can not be Reality---where could be yet not all free, fed, sheltered----

Yet it is---for all---those in bubbles, those who hide, those who cause, and those that die.

Everyone needs to stand for something.  Everyone deserves the right to be heard as long as the message does not infringe upon the dignity and rights of others.

To read more of this artists work, click on the link below:

Good Evening Authors and Poets ! This message is aimed primarily at the members of the Literary Community. I decided that in 2017, I would pay it forward and list your information on my FB Page, Four Brothers FB Page and on my website.
Here is my disclaimer:
I am providing you basic information. I do not guarantee the results of your interaction with anyone listed. I simply provide their information.
As someone in the business, it is up to you to do your homework, ask the appropriate questions and then ultimately make the decision in regards to conducting business with the contact.
The first contact of the year is as follows:
Cora Bratner 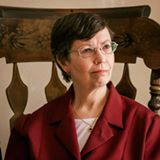 Author and Ghost Writer for Christians who have a story to tell but may not know how to go about it.
Website: maryalicegypsynurse.com
Email: cleeowen@comcast.net
I highly recommend that you ask two questions:
1. Do you have examples of your work?
2. Do you have verifiable references?
Any additional questions that you can think of to assist in the vetting process is up to you!
~ J.L. Whitehead
at January 02, 2017 No comments: