I was always aware of racism in some way, whether it be in the realms of housing (ghettos), the police, teachers, co-workers, store clerks and supervisors.  African Americans have learned about racism in direct ways such as the institution of policies that were designed to keep people of color in their place, respectively.  We knew that we had been relegated to second class citizenship when we were watched in stores as we shopped, questioned by police with an air of suspicion and regarded with skepticism when it came to the validity of our schoolwork.  We learned how to deal with the role of second-class citizenship by hiding it under the pride of our blackness.  We ignored the poverty by wrapping them in the memories that encompassed the traditions that reflected the love of our families and friends.  The holidays were exclusively ours even if our existence was overlooked by the folks that had no idea that we were capable of loving and feeling…just like them.

I do not speak these words as an angry black man as much as I am laying bare the realities of what me and people that look like me had to endure over the years.  We knew that society as we knew it was built on the backs of slaves and yet we remained locked away from many of the first fruits of this land, almost as if we had nothing to do with its fruition.  To make matters worse, we were blamed for our inability to climb the social and economic ladder, as if we had any control over our migration through social circles that did not want any part of us.

I learned these lessons in elementary school as a young catholic boy that had been taught the sacraments yet knew that the final word was made by a deity that did not look anything like me.

I learned that society had no place for me in a suburban catholic high school where some of the white students called me ugly for no other reason than because I was black.  I knew better than to try out for the lead role in every school play, and still remember vividly when a teacher stopped me from entering the auditorium to enjoy the high school dance because I did not have on a sports jacket; something that they neglected to state as a criterion for attending the festivities.

I was told more times that I can remember that my writings were subpar and that I would never amount to anything.  I had no idea that this happened to millions of teens that looked like me.  We somehow had the audacity to believe in the mantra of every school that we were judged by the content of our character and not the color of our skin; never mind that all of us, black students as well as white contributed to the success of every high school across the country. 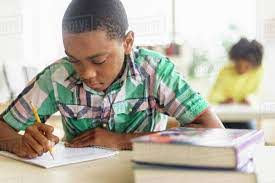 After graduating from high school, I learned that being gay did not mean that I was entering a society that had any use for me.  To the contrary, I found that my place in this new group that I found myself immersed in placed value on me if I had a large penis.  Most interactions that I had did not value my content of character.  It only mattered how many orgasms I could make you have.  I learned quickly that I was regarded as a “snow queen” if I dated white boys.  Black boys were regarded as “dinge”, and the terminology was used not in the bright daylight of the sun.  Instead, it was whispered, never to my face but behind my back.

I further learned of how I did not fit into the working world as nothing more than moving hands and where my value was measured in how many calls I could take and adhere to a scale that only the best could meet.  It did not escape me that African Americans were relegated to staff meetings while others were included in board meetings.

I realized that white privilege had been a guiding factor throughout my life, and that what made this worse was that white people will never admit that this was the truth, most times because of something that they had said or done.

Racism is alive and well in this country.  We see it in the hateful rhetoric of the president. We feel it in cheers of his supporters.  It is not forgotten that these same people will also believe that they are the only true patriots in this country and that everyone that does not look like them are not.

Racism will never be eradicated unless white people come to grips with how they think as well as reckoning with their history.  They have to own this because whenever a person of color broaches this topic is doing so to bridge the culture gap and not trying to make them feel guilty over what has occurred years ago.  Instead, we want you to see how life had been for us over the years.  Our athletes kneel in protest because black people are tired of feeling like we are taking our lives in our own hands when we are stopped by the police for a routine traffic stop.  We are tired of having “the talk” with our children over how to conduct themselves when they find themselves in this position.

We are tired of trying to explain to you that “Black Lives Matter” is not a terroristic group.  It is not a group that states that your life does not matter.  It is simply stating that our lives do matter as we are being killed in a disproportionate manner than the rest of the population.  We are tired of being murdered in the streets, and our murderers are found not guilty because the police officer felt that their lives were in danger despite the fact that in most circumstances, they are the ones with the gun.

White people need to own up to the existence of white privilege and take the appropriate steps to get rid of it.  This may mean something different to various people.  The bottom line is that this is not an issue that people of color can address because it is not their issue to address.  The responsibility falls in the laps of white people.  And while I clearly know that all white people do not subscribe to racists ideologies, it is those same white people as well as white people that think like them that have to be the primary moving force of ending the silent plague that has been present since the first slave ships landed on our shores.

You see, Africans did not come over willingly.  We did not ask for Jim Crow regulations, Mass Incarcerations, Recidivism and forced housing into neighborhoods that were deemed inhabitable by whites. We only want the same things that you want for yourselves, your wives and your children.

And yet, that seems too much for the society that we live in to give.  And I guess the question you must ask yourselves is…why?