American Politics: Is this what we've become? 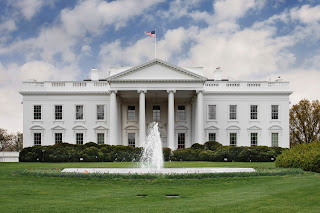 This election has kept me awake at night.  I have found myself lying in bed with eyes closed trying to get to sleep, and yet my mind continued to turn going over the events of the race for the White House.  I wonder who is going to win and how that victory will translate to the betterment of the people of the communities that I am a part of.

We all know that both candidates are flawed and depending on whom you talk to, one candidate’s flaws and inconsistencies will override the other by far.  But this race isn’t strictly about the personal flaws of each candidate.  Or rather, it isn’t ONLY about the flaws of each candidate.
For me, what is very important is how the person that wins the White House will be once they have obtained the office.  How will their decisions impact me and those like me?  Will I be better off a year from now or will I be worse?

I’ve heard bits and pieces of what one candidate will do regarding race relations in this country, and this is a vital topic that needs to be addressed.  This is not just about the shootings that have taken the lives of so many African American men like me.  The concern runs deeper than that.  It is the very perception of African American men that is disconcerting at best.  It is that preconceived notion that we are perhaps not worthy of making a better wage, living in affluent neighborhoods or providing a sense of financial stability for our children.  What should be addressed is the leveling of an economic playing field that has perhaps never been equal for the participants involved.  Someone needs to talk about that.  The unjustified killings are an end result of that thought process.  I would be willing to participate in that conversation.

As everyone knows, our nation’s history is steeped in racism, discriminatory practices and overt sexism.   But the sad part about all of this is that history continues to invade our present.  If it weren’t so, Donald Trump would have never risen to the level that he has.  Though I believe that many of his supporters are not overt racists but people that are tired of politics as usual with little or no say in what matters to them, many of them are.  There are those who still and will always believe in that sense of White Entitlement…which simply means that it doesn’t matter what happens in communities of color because it doesn’t affect me or my family.  Donald Trump is the voice of many Americans who feel as if something of importance was taken away from them.  And despite some of the vile things that he has said and done in the past, he continues to be that voice no matter how UN-inclusive he happens to be.

Many people believe that Hilary Clinton is self-serving and lies when it is convenient for her to lie and honest only when it is equally convenient for her to do so.  And in some circumstances, that may be true.  But I still support her because I believe that she is better equipped to run this country than Mr. Trump.  It’s not that I hate Donald Trump.  Personally, I don’t know the man.  But I’ve seen people like him in action.

He is not a career politician.  He says what he means…but what he means is contingent upon the audience that he stands in front of.   By the same token, the same can be said for Mrs. Clinton.  And yet, I will take the gamble and support her because I would rather have someone occupying the role of Commander-in-Chief that is familiar with world events…not someone that simply says that they are.

It is important for us to know that the person residing in the most coveted position in this country if not the free world needs to have personality traits of someone who can lead effectively.  This involves not only being strong, but possessing quality traits of compassion, caring and to a certain degree…generosity.  It is not enough to just be strong because pure strength is not what got us this far.  I would like to believe that the majority of us are not racist or harbor racist, xenophobic tendencies.   I would like to believe that we all understand that everyone is entitled to equal pay for equal work as well as the opportunities for advancement.

But in order for these things to be addressed, we need to have a government willing to work with one another for the good of the American People… the key word being American People.  We cannot have someone in office that is promoting and an agenda where only a precious few can and will benefit from.  Somehow, that concept has been forgotten.

Our Republican Congress had decided that once our current President took office, it was their main mission to ensure that he failed.  Their mission was not about the betterment of the American people but to make sure that the president failed at doing his job.

As someone who has been paying close attention to this race, I’ve been watching both candidates.  I am familiar with the pasts of both Mr. Trump and Mrs. Clinton.  Mrs. Clinton has made mistakes that will continually come back to haunt her.   But at the end of the day, despite those mistakes, I believe that she is qualified to be president.  Mr. Trump continues to demonstrate that he does not have the temperament, knowledge or distinctive personality traits needed to govern this nation.  To date, he has never apologized to the many people that he has offended.  Speaking to his temperament, he has a tendency to lash out at anyone that he perceives to be a remote threat, regardless of whether it is factual or not.
So as this race continues, I will watch what is happening in politics.

But here’s a final thought:

Whoever assumes the role of Commander-in-Chief will hopefully reflect the values that we as Americans hold dear.   Regardless of who you prefer, the most important thing that you can do is vote.  If you decide to vote for a candidate that will not or cannot win the White House or if you decide to sit this election out and not vote at all, you are, in fact casting a vote for someone that you may ultimately not want residing in the most important role in this country.