One out of every six males in this country have been the victims of molestation.  Those are the statistics that I have found while conducting the research for my book, "One in Six...45 Years of Dark."

Personally I think that the rates are higher since men overall don't talk about issues like molestation.  Men as a rule do not identify with being a victim or survivor...at least not when it comes to sex.

Even now, I don't identify with being a survivor.  I don't feel comfortable with that label.  Instead, I choose to believe that what happened to me between the ages of six and fourteen is something that occurred and that it shaped me into becoming who I am today.

When I decided to write this book, initially, I wanted to share my story in the hopes that someone would see themselves in certain aspects of my life.  I thought that maybe if I told  what happened to me and give my readers a window seat into my psyche as I became a man, it may provide them with a rule of thought that may explain why they may think and act the way they do.

Men of color don't talk about this.  Gay men of color may talk about what happened to them and in certain instances may wear what occurred as a badge of honor instead of thinking that something inside of them has been permanently altered.

After all, for a gay man, it is natural to sleep with a member of the same sex just like it is normal for a heterosexual male to sleep with a woman.  But regardless of the orientation of the victim or their willingness to participate in the activity, once you have sex with an adult, the trajectory of who you would have been has been altered...permanently.

And with that change comes other behaviors that may not be easily recognizable as defects of character.  Instead, it may be dismissed as behaviors attributed to something as simple as the person being who they are at that time.

Knowledge is power.  Once you know what is going on with you, you are equipped to change behaviors that may be detrimental to who you are as well as who you hope to become.

My story is coming...with all of it's tragedies, disappointments and triumphs.  Some of you may see glimpses of yourself in my words.  Some of you may not.  But on the maybe that you do, hopefully it will help you understand why you do the things you do and think the way you think.

Because as I said before, knowledge is power! 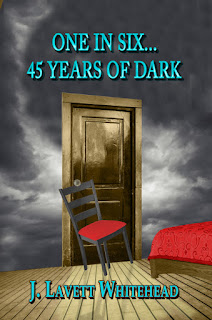