The America of today

I have given a lot of thought about the America that I was brought up to believe in versus the America that I live in today. I was taught at an early age to say the Pledge of Allegiance to the flag every morning before class. I am a child of the sixties, and although I cannot remember every single class that I attended, there are certain memories that jump out at me and saying the Pledge of Allegiance is one of them.

I understand fully why Colin Kaepernick took a knee rather than stand for the singing of the National Anthem. This is a land that we were brought to unwillingly, forced to work for little if any wages, then given freedom only to be arrested and persecuted under the Jim Crow laws. After that, people that looked like me were subject to mass incarceration. Put another way, we were put in jail for possessing tiny amounts of marijuana or cocaine while white males were placed in jail to serve less time for holding similar if not lesser amounts of the same substance.

We all know about slavery. We all know what it did to African American people. But what we do not know is what it did to white people. White people-maintained control over the lives of black people. We know this because of the disparity in our societal conditions although from the naked eye, it looks like things have gotten better for African American people.

We drive nicer cars, live in better neighborhoods, go to better schools, and have access to better paying jobs. So why are we upset and why can’t we stand for the singing of the National Anthem? 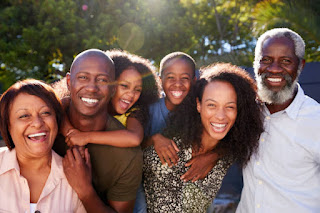 Plainly put, the flag means one thing to a group of people and something else to another. Standing for the flag implies that we accept the fact that the American flag stands for equality and justice for all when we all know that in the real world, nothing could be further from the truth.

African Americans have always been told by white people to be patient and wait for changes to come regarding equality which suggest that the people in power is quite aware of the disparity. We were told that things would get better and in some realms they have. But white people have always held power that black people did not have access to and in some cases would never have.

The most powerful positions in this country are held by old white men. And those same men make decisions regarding just how much power black men can have. They decide what women can and cannot do with their bodies. They decide how far you can succeed in life. They decide where you can live and go to school. And when it seems as if we are getting our fair share of power, they put us back in our respective places by taking it away.

We (and I mean black men or men of color) have always been deemed a threat to society in ways that the average white man is not.

I have talked about this with my colleagues until I was blue in the face. But it seems like nothing can convince my non-persons of color of the havoc that they have wreaked on people of color in the name of power both socially and economically.

There is a war going on that is raging in this country but the answer to all of this is remarkably simple…give people of color their due and stop trying to repress them.

We have shown white people that people of color can unite and use our voice to force our government officials to listen to what we have to say. And in that lies the fear because the country is becoming blacker and browner. And it seems as though the Republican Party fears that we will not vote for them if for nothing more than the fact that they have nothing to campaign on.

I have thought long and hard before writing this op-ed. I know this is my opinion. But I see this as an opportunity that white people should consider taking. Black and brown people are not the people you need to fear. We have a societal enemy right in our own back yard, but we do not want to admit or even see it because it is clothed in white skin.

All our lives (and by that, I mean all the lives of people of color) I have had to live with some form of white supremacy. When I was in my junior year of high school, my English teacher sent me to summer school to teach me a lesson. He said that I would never be a writer and that my writing “sucked.”  He also said that I had an attitude problem. All because he told me that if I did not like his teaching methods, I could leave his class.

I left the class.

I had the balls at the age of sixteen to challenge his authority. I quickly learned that what was acceptable for my white counter parts was not okay for me. It cost me my summer. I was the only one that went to summer school that year from that class although I distinctly remember some of my white classmates giving him a hard time over his teaching methods.

The first problem that we have is coming to terms with our past. We cannot re-write or white-wash history to make the things that white people did to us go away. All black and brown people need is access to the same education that other races have. If we have earned any position of authority, we need to be rewarded said position. And if we kneel in protest to stop the police from legally killing us, we should be able to take the knee because what is happening to people of color is the simple god-awful truth.

We just wonder how long it will take before anyone, white or black, does something more about it.

I first encountered the subject of gender fluidity at my job about a year ago. I had been elected to participate in a three-panel discus... 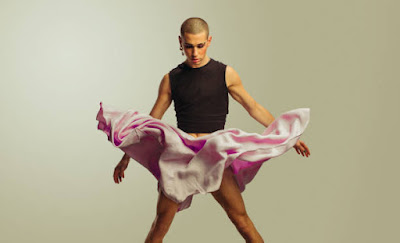